5 Annoying Things to Say No to in the Voiceover Industry 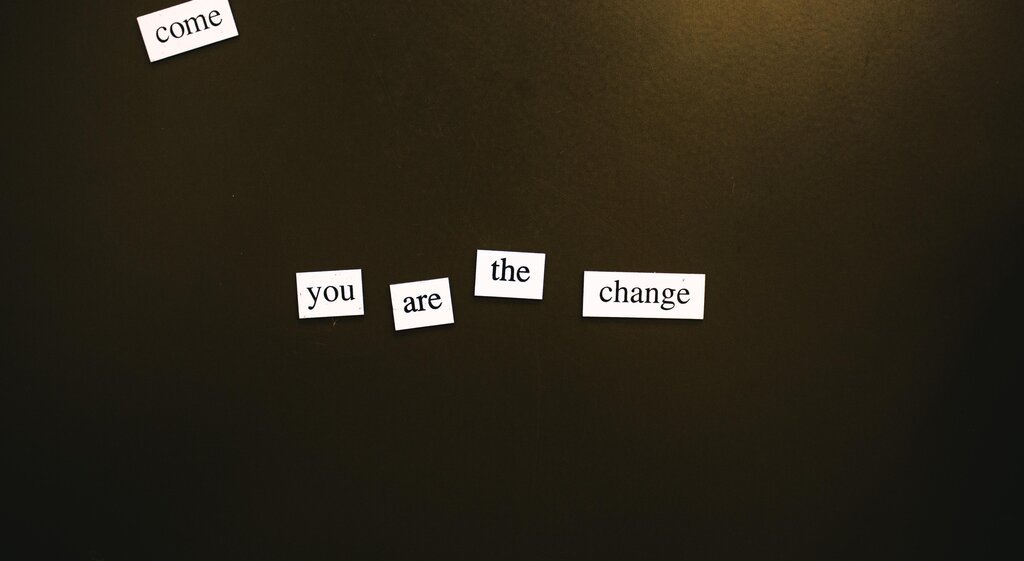 But if you take on too many commitments or commitments that are not aligned with your values and your gut feelings, you end up being stressed, lose productivity, feeling resentful in knowing your time could have been better spent.

Listen I get it, sometimes you’re just wanting to get some practice and some gigs in to build your portfolio. And other times you may be trying to make ends meet to pay the next bill. There are all kinds of factors that may sway you to say yes to low-paying jobs.

And I’ll admit I’ve done it.

So No Judgment from me. We all have to start somewhere!

The important thing is to remember your value and worth. We all have our own values and scale as to what we are willing to do in exchange for our time/ exposure, etc.

However, this should not become a habit or be done out of desperation. It is to be avoided if our circumstances enable us to say no.

That’s why I strongly recommend don’t quit your day job and other streams of income until you feel financially secure.

In voiceover, non-union jobs generally pay less.  And within the non-union world, there are certain genres (such as indie animation, game developers, anime dubbing) to name a few… that are dominated more by non-union companies. Thus, the pay conditions are controlled by these companies.

As a collective, if more of us say no and insist on better-paying wages in non-union type works, there’s a better possibility for us to have our demands met in the future.

Let us try and help each other by saying no to low-paying offers as much as we can. This way the standards can slowly adjust and set themselves to be more at par with union and industry-standard rates so that as voice artists we get paid well for our time and our work of art. We deserve it.

There are two frequently used voiceover rate guides that you can refer to, and point your clients to, to understand the industry-standard rates and what you’re worth.

2. Say No to ‘In perpetuity with unlimited usage across all paid promotion, media and platforms’ for ad or commercial

Educate yourself! If you say yes to this, this means the company who you do the voiceover work buys out your voice and can use your voice forever, without paying you beyond your negotiated rate in perpetuity for all media, regardless of how many times they choose to run the ad.

Think! As our world is moving to AI making everything sound mundane and devoid of personality, connectedness it’s not only damaging the VO industry as a whole but also our world. As human beings, we are in desperate need of connection and communicated to. It’s our job as voiceover artists to use our voices to be storytellers, to engage and keep humanity’s discovery, expression and spirit alive.

So when a client comes to you and asks you for a full buyout in perpetuity, say no and ask if they could consider:

By doing this, you are remembering your worth to be paid fairly for the work you’ve done.

If after negotiating you’re still not happy with the terms, Say no to in perpetuity! It might hurt now but saying yes will hurt even more in perpetuity later.

You’ll automatically remove yourself from being considered for a more lucrative job that comes along in the future.

Saying no to ‘in perpetuity’, you are essentially protecting yourself in the future if a brand asks you to disclose ALL the work you’ve done for a competitor. i.e. You did a gig for Samsung and you signed an agreement, agreeing they can use your voice in perpetuity that will be broadcast in media and available to the public. This will then be a conflict if you want to do work for Apple (a competing brand) that may want you to be exclusive while Samsung’s ad is running.

Contribute and choose consciously to work on projects now. It can make a difference to your career and the world in more ways than you can imagine. For those who are interested in learning how to negotiate, Maria Pendolino is a voiceover negotiation queen.  She offers a voiceover negotiation course / consult from time to time, so definitely reach out to her.

3. Say No to Weekend workshops or coaching packages that include a demo at the end

If you haven’t gotten training, coached, or worked on your craft, there’s no way you’ll be ready to record a demo within a weekend workshop or just a few coaching sessions.

Often time, these are charlatans trying to make a quick buck and don’t take the time to understand your goals. They don’t have your best interest at hand and they don’t spend the time to produce the best demo tailored to your needs and one that showcases your skills, range, and capabilities.

Trust me, a good coach will tell you, you’re not ready. Read more about what to consider when hiring a voiceover coach. When you are ready, your kick-ass coach can probably refer you to a reputable demo production company if they are not skilled in producing award-winning demos.

For convenience, you can check out my resource section for a list of reputable Demo Production companies that are updated regularly and downloadable based on word of mouth in the VO industry.

4. Say No to Scam Alerts

Anytime you see a ‘game show’ host is needed. Or, how there’s a job and you’ve shown interest. There’ll be a follow-up email.

Typically, the scammer will say they’ve booked a studio where you’re based and they’ll be sending a check (which is fake) to you. They’ll instruct you to deposit it at your bank and transfer half the amount to the sound engineer (aka the scammer) you’ll be “working with”. After a couple of weeks later when your bank notices it’s a fake cheque, you’ll be on the hook for the amount you’ve cashed.

5. Say No to prospective clients asking for a voice sample but ends up requesting you to read a whole script

A quick caveat: If you have been selected and have a firm, solid contract in place, then item #5 is not applicable. Say Yes, and record your heart out. If you got the script from your agent, and it’s less than a minute, this is also not applicable. User your common sense.

However, if you don’t have a contract in place or you’ve received the script from a prospective client you’ve procured on your own, here’s what to do:

Most professional clients will want to work with professionals and this would not be a problem for them.

So be bold and communicate your boundaries and give them what they need while safeguarding your time and place. This will help you establish yourself and your voiceover business to the next level.

If the request comes from a large, well-established company, you can read the whole thing and send it to them provided you don’t sign anything that hands over the right of usage. If you catch them using it without paying you, you can easily find a lawyer to go after them. It’s an easy case to win, as they will lose in court and be quick to pay to compensate you and for the additional damages before trial.

There you have it to not screw yourself over. If you have people-pleasing tendencies and have a hard time saying no, check out 5 Tips to Help You Decide When and How to Say No. 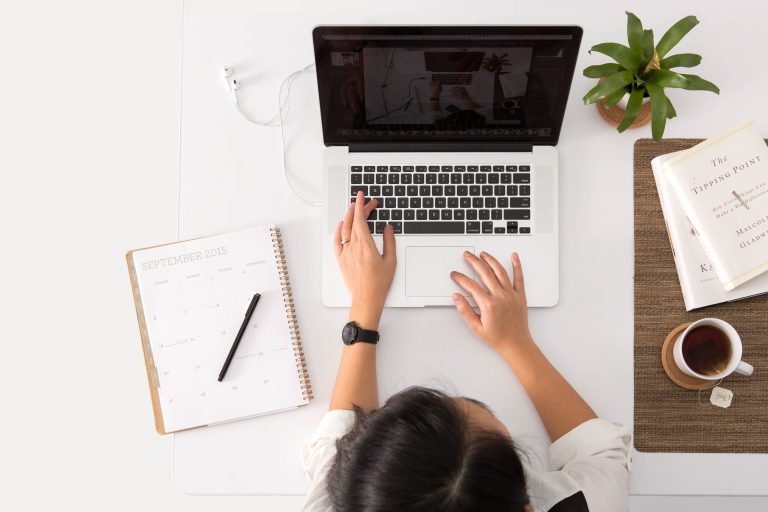 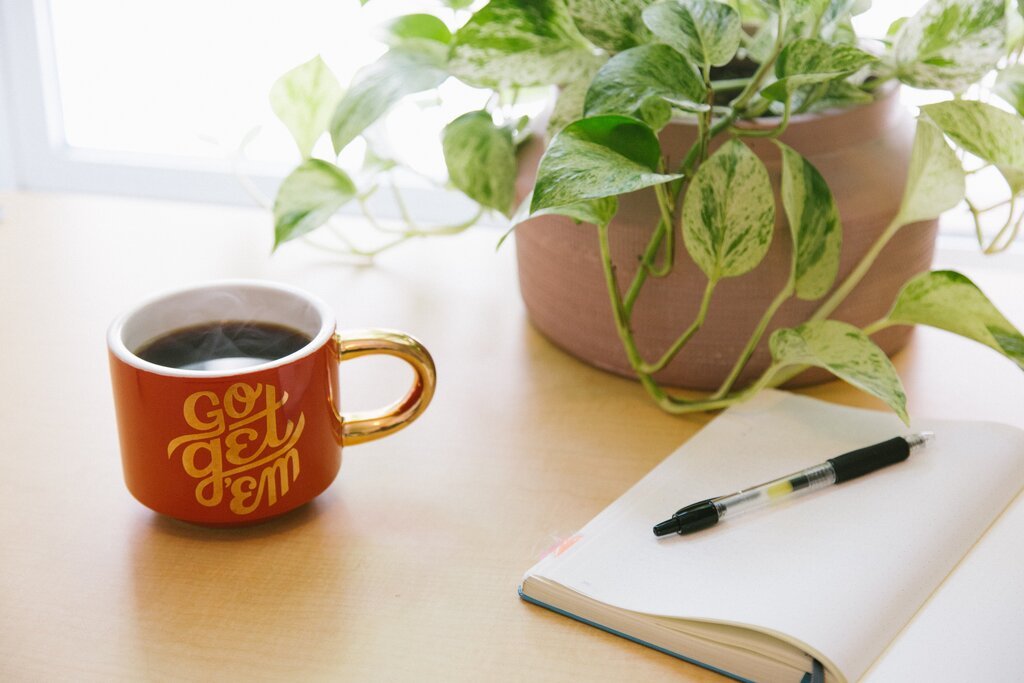 Whether you’re a seasoned voiceover artist or a new to it with little experience, there are a lot of freelance voiceover jobs that pay in 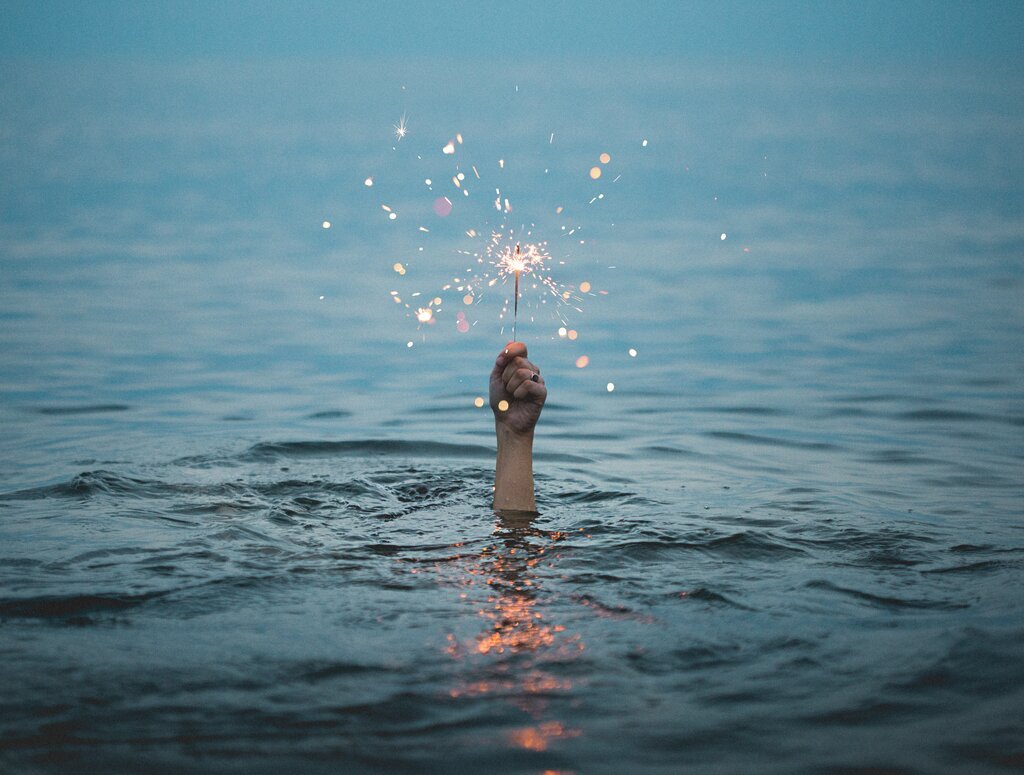 Using a job board, social media posts like Twitter and searching for a freelance voiceover job is something everyone can do. It’s both good and 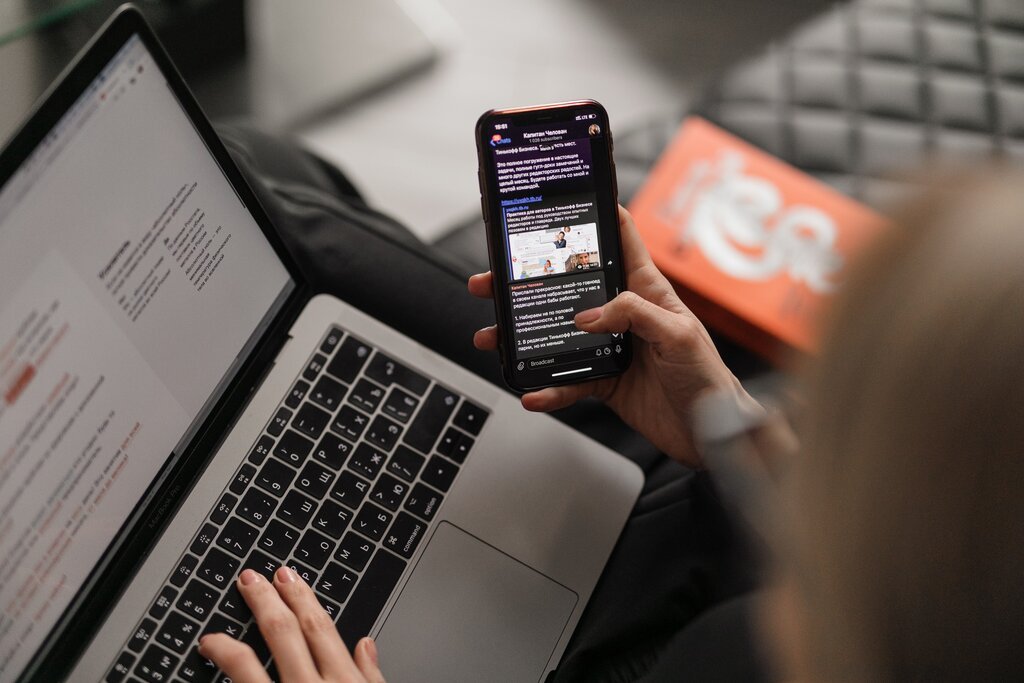 What are the Essentials to Make a Good Cold Email – Voiceover

Before we dive into the essentials of a respectable cold email, I would encourage you to have a functional website up.  A simple one pager 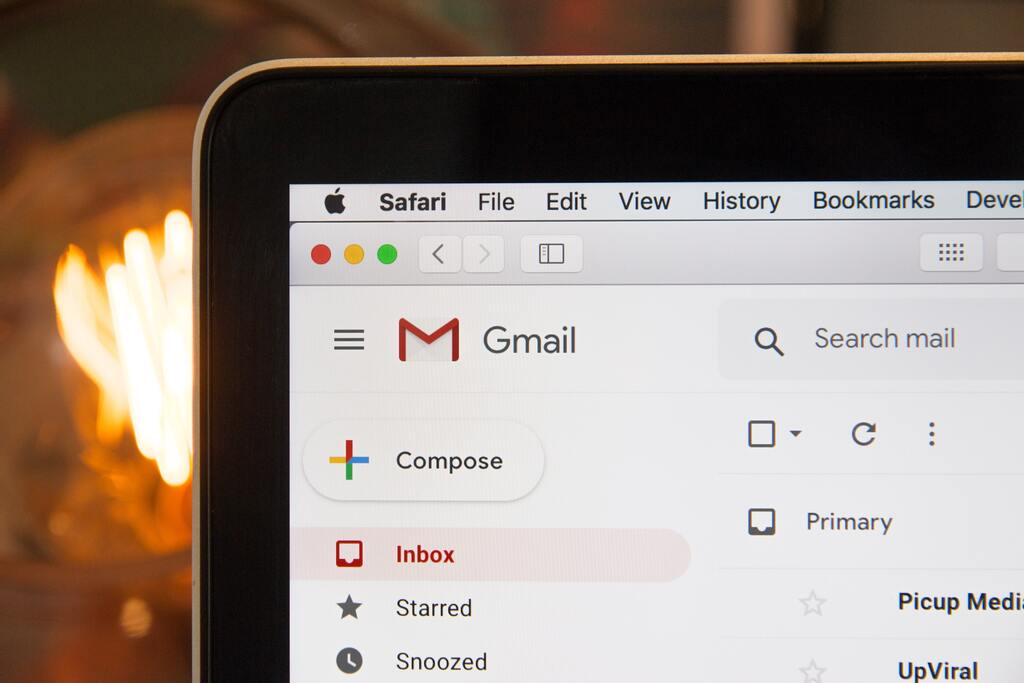 7 Mistakes To Avoid When Writing a Cold Email

Let’s face it. Cold emailing feels icky and time consuming. Nobody enjoys it. And it always starts the same. “Dear Sir/Miss,” “Hello.” And my personal 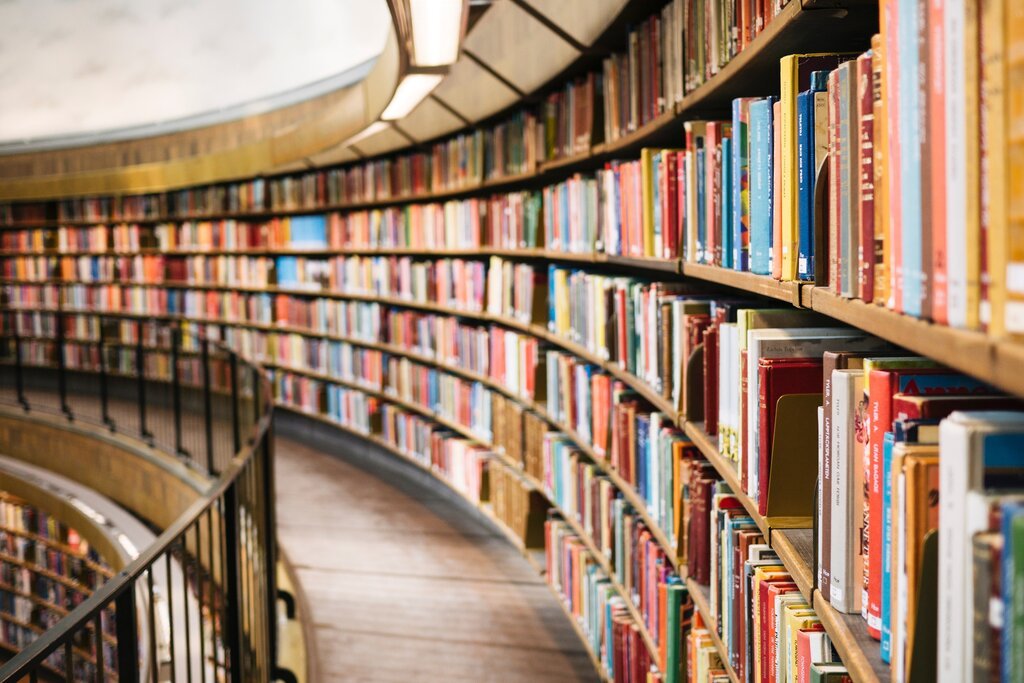 I won’t lie. I’m not one of those people who reads a couple of books per week. More like a book every 2 to 3

We use cookies on our website to give you the most relevant experience by remembering your preferences and repeat visits. By clicking “Accept All”, you consent to the use of ALL the cookies. However, you may visit "Cookie Settings" to provide a controlled consent.
Cookie SettingsAccept All
Manage consent

This website uses cookies to improve your experience while you navigate through the website. Out of these, the cookies that are categorized as necessary are stored on your browser as they are essential for the working of basic functionalities of the website. We also use third-party cookies that help us analyze and understand how you use this website. These cookies will be stored in your browser only with your consent. You also have the option to opt-out of these cookies. But opting out of some of these cookies may affect your browsing experience.
Necessary Always Enabled
Necessary cookies are absolutely essential for the website to function properly. These cookies ensure basic functionalities and security features of the website, anonymously.
Functional
Functional cookies help to perform certain functionalities like sharing the content of the website on social media platforms, collect feedbacks, and other third-party features.
Performance
Performance cookies are used to understand and analyze the key performance indexes of the website which helps in delivering a better user experience for the visitors.
Analytics
Analytical cookies are used to understand how visitors interact with the website. These cookies help provide information on metrics the number of visitors, bounce rate, traffic source, etc.
Advertisement
Advertisement cookies are used to provide visitors with relevant ads and marketing campaigns. These cookies track visitors across websites and collect information to provide customized ads.
Others
Other uncategorized cookies are those that are being analyzed and have not been classified into a category as yet.
SAVE & ACCEPT